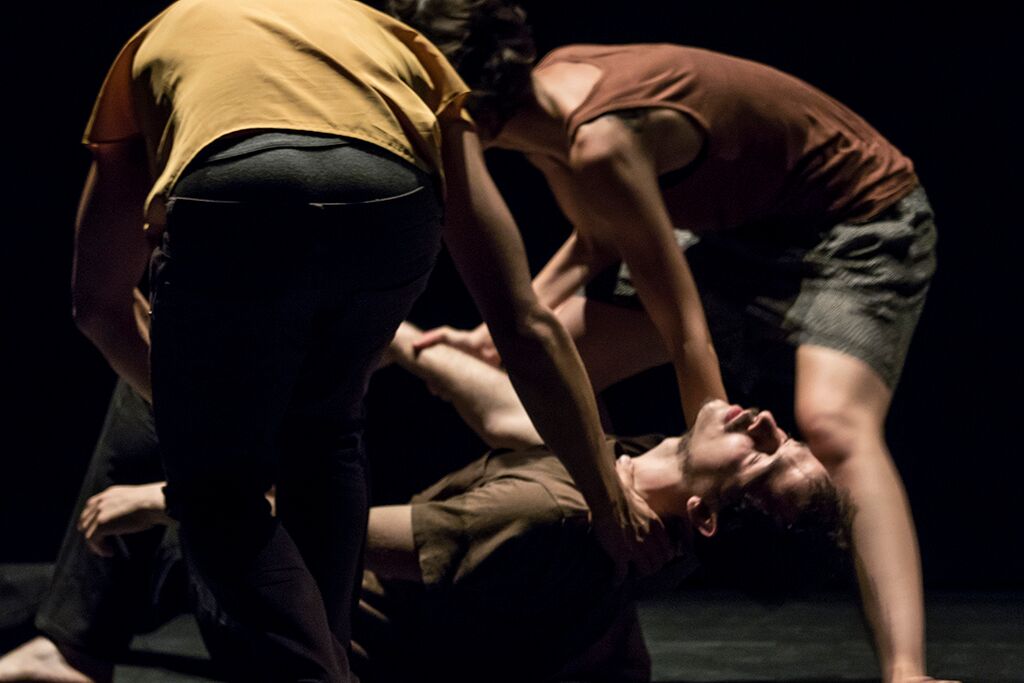 In Unraveled Heroes, choreographer Maya M. Carroll and Fattoria Vittadini create seven individuals who invent 'another earth'. Landmarks, time cycles, chronologies and interactions are made up, as the playground of imagination becomes an event of profound existence. Invisible / visible walls shape domestic rooms where characters encounter in urgent, brief moments, fulfilling concrete and obscure connections. Residue and resonance become a climate under which all performers exist with endurance, desire, struggle and vulnerability.

Unraveled Heroes exposes intimate realities against epic myths. Fiction and reality are fused in a journey of collective subconscious as the performers shift between extreme states. Familiar habitats become an illusion of protection, from which the players are compelled to travel away, following their unraveling future. Walking the fine line between lucidity / obscurity, the seven 'voices' in the group change faces and purpose while their voyage transforms from descending to transcending.